Fans will have to wait even longer for the sequel to the 1986 classic “Top Gun” to drop in theaters thanks to the COVID-19 pandemic.

Paramount announced on Thursday that it is once again pushing the release date of both “Top Gun: Maverick” and “A Quiet Place Part 2” in an effort to ensure audiences are able to remain safe while still experiencing the films in theaters rather than at home on Video On Demand (VOD).

According to Variety, “Top Gun: Maverick” was rescheduled from a Dec. 23, 2020, release to July 2, 2021. In April, the studio announced that the movie would be pushed from a June 24 release date to late December. However, as COVID-19 cases continue to spike throughout the U.S., the studio was concerned about the release getting lost. 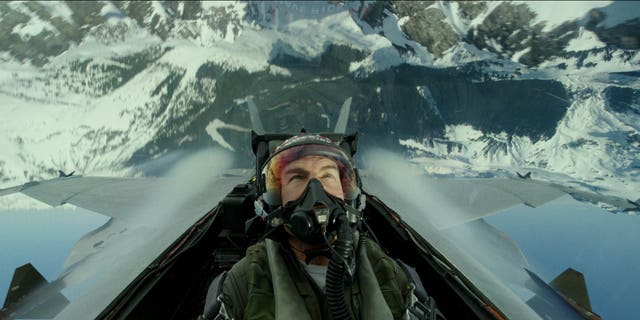 “We truly believe that there is no movie-viewing experience like the one enjoyed in theaters,” Paramount’s president of domestic distribution Chris Aronson and president of international theatrical distribution Mark Viane told the outlet in a statement. “We are committed to the theatrical experience and our exhibition partners, and want to stress that we are confident that, when the time comes, audiences everywhere will once again enjoy the singular joy of seeing Paramount films on the big screen.”

The announcement from the studio comes on the same day that AMC, the world’s largest theater circuit, delayed its planned reopening from the end of July to mid- to late August in a move that signals trouble for the theater industry. Meanwhile, Deadline reports that Disney’s “Mulan,” which was pulled from the release schedule altogether, is reportedly considering a release on its streaming platform, Disney+.

At the onset of the pandemic, “Trolls World Tour” was among the first to skip its theatrical release in favor of a VOD streaming release. The move worked and the movie ended up being a financial success story. However, it prompted panic among the theater industry, which was forced to shut its doors to the public for fear of contributing to the spread of COVID-19.

As of Thursday morning, the novel coronavirus has infected more than 15,247,848 people across 188 countries and territories, resulting in at least 623,863 deaths. In the U.S., all 50 states plus the District of Columbia have reported confirmed cases of COVID-19, tallying more than 3,970,908 illnesses and at least 143,190 deaths.