Two weeks into the Johnny Depp libel hearing, a subset of supporters arrived with a giant mobile Fathers4Justice advert reading, over a picture of the actor and his ex-wife Amber Heard: “Ditch the Witch”.

That these US celebrities are long divorced and had no children together, and that the case concerns the accuracy of a newspaper report in the Sun, made it, in the eyes of Fathers4Justice, the perfect moment to express their disapproval of forthcoming reforms to UK divorce law. If Amber was, as they believe, mean to Johnny, then divorce should not get easier. Or something.

Although the Depp-divorce connection probably escapes virtually everyone outside the embittered Batman suit-wearing community, their confusion is understandable. If the men saw a perfect woman-persecuting opportunity, it was probably because Depp’s libel case had already, courtesy of the high court, developed into a little festival of misogyny. Although his lawyers would presumably want to take all the credit for the way the actor’s concern for his good name has been repurposed as a demolition of his ex-wife’s reputation, they must have depended on the judge, Mr Justice Nicol, to agree that protracted focus on Heard’s conduct was justified in a case relating to Depp’s alleged violence (which he denies) towards her.

Did Heard tell the truth about Depp? Hang on: first of all, the court needs to know who defecated in the marital bed, about Heard’s friends and lovers, how much she drank, what she did if he wasn’t affectionate, whether she – or her sister? – threw up at Coachella and whether she was, as has been suggested, herself a violent person. While judgment has yet to be delivered, Depp’s defence team could hardly have made it clearer to those thinking of reporting domestic violence that they might first want to consider very carefully any of their own, unrelated, transgressions and missteps, any poor choices that might, to an expert lawyer, render the idea of their victimhood preposterous.

Admittedly, the vivid detail demanded by Depp’s team is also what provided a drama-starved nation with the compelling theatre of the past two weeks. Just as the end of Michaela Coel’s TV drama I May Destroy You coincided with an impending pantomime shortage, the Depp show opened, offering, among its many distractions, doomed-couple scenes that sounded like a mash-up of Who’s Afraid of Virginia Woolf?, Look Back in Anger and Amy Herzog’s more recent, and bloodier, Belleville. What should surely, given the origins of this legal action, have been an examination of one character’s conduct has been extended, presumably by some legally respectable process, into a lurid two-hander. Reports on this case should not, but repeatedly do, recall Kenneth Tynan’s ecstatic review of John Osborne’s Look Back in Anger: “He shows us two attractive young animals engaged in competitive martyrdom, each with its teeth sunk deep in the other’s neck and each reluctant to break the clinch for fear of bleeding to death.”

The contrast between the historic rows and taunts – “pumpkin head”, “Tasya van Pee”, “Amber Turd” – and the ex-couple’s refined manner in court has only added comedy to a drama with its origins in a restraining order and wider implications for victims of domestic violence. “When one’s aspiration is to be a great gentleman, to be a great southern gentleman,” Depp said, considering his behaviour, “that doesn’t exclude you from the family of humans who have moments of frustration.”

It must sadden many fans of the southern gentleman to find it doesn’t exclude him, either, from the family of humans who obsessively blame women for their misfortunes. And even those who agree with his legal team’s insinuation, that regrettable character traits might put a person beyond domestic abuse, have reason to worry that, regardless of the verdict, this trial has been more harmful to Depp’s reputation than a transitory Sun article. Does it help his prospects for him to have supporters like the Ditch the Witch ensemble and a lawyer, Adam Waldman, who tweets “in memoriam” beside the names of witnesses who displease him? After Cherie Blair was named as a supporter of Heard, Waldman tweeted , with a logic worthy of Fathers4Justice: “As Iraq could tell you, if the Blairs are involved there couldn’t possibly be a hoax at the center of it.” 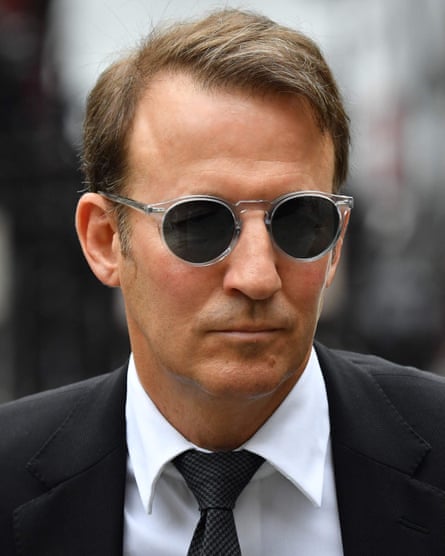 You do wonder if Waldman, with this sparky approach to a case about alleged domestic abuse, is aware that it is widely recognised as a serious crime, all the more so since new violence figures testify to horrifying experiences in lockdown. As Heard was giving evidence, Refuge reported that in June calls and contacts were almost 80% higher than usual.

It could of course be that by advertising his side’s unpopularity with some prominent women, focusing attention on Heard and thereby, inevitably, converting a libel case into a #MeToo sequel, the fiendishly brilliant Waldman will indeed help Depp to recover his southern gentleman identity and overlay images of his client sleeping on a floor, or losing it in a kitchen, which this very action has helped to disseminate. If nothing else, he and Depp (of the unforgettable tray of tampon-accessorised stimulants) may ultimately prove more effective as health educators than Nancy Reagan’s “Just say no” anti-drug campaign. Rarely has decadence looked such hard work or so unrewarding.

There’s a Muriel Spark short story, You Should Have Seen the Mess, in which a woman’s revulsion from disorder and dirt signals her pathological detachment. The Depp trial is like the opposite: a trail of waste, breakages and blood-, crap- or food-smeared rooms signals complete detachment from reality, principally from their unfortunate staff. Heard’s sister says of one trashing: “By the afternoon it was cleaned up, as if nothing had happened.” At this point in the case of Depp v News Group Newspapers, I’m on the side of the cleaners.

• Catherine Bennett is an Observer columnist