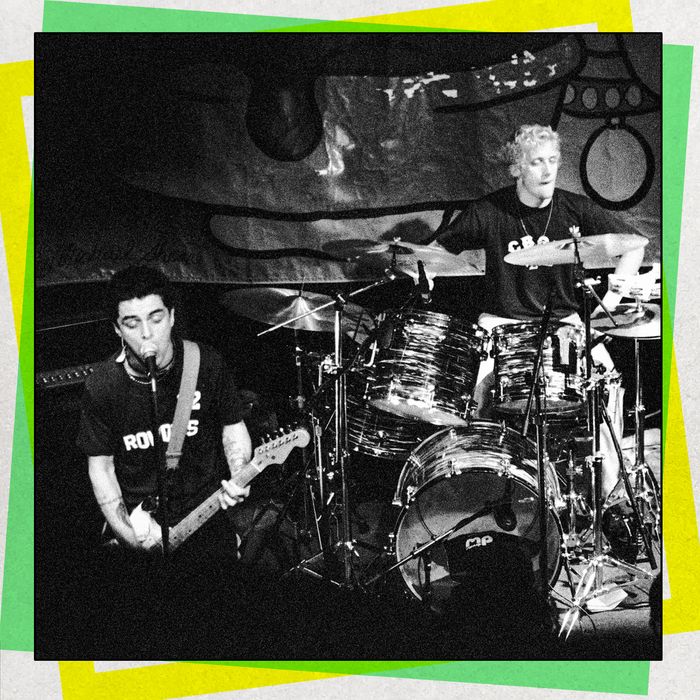 A Vulture series in which artists judge the best and worst of their own careers.

From cutting his teeth gigging at Berkeley, California’s landmark DIY venue 924 Gilman Street in the ’80s to navigating the unexpected smash success of Dookie in the ’90s to hitting new creative and commercial heights with American Idiot and 21st Century Breakdown in the ’00s to dividing his time between his main band and solo and side project releases like the Longshot’s Love Is for Losers and last fall’s covers album No Fun Mondays, Green Day’s frontman Billie Joe Armstrong has led a colorful career. His winding journey is the subject of today’s new Audible Original Billie Joe Armstrong: Welcome to My Panic, the latest installment in the podcast and audiobook authority’s Words + Music series, where artists reflect on their histories and perform the songs that made them. For the occasion, I spoke to Armstrong last week about key music and memories from his over 30-year career as a wellspring of heartfelt lyrics and catchy riffs, from shacking up with friends in the East Bay punk scene to pushing himself as a songwriter eight albums in, and more.

“Jesus of Suburbia” is the one that sticks out. It’s so epic. I mean, I’m tooting my own horn, but I think it encompasses so much about my life and friendship and family, and it’s flamboyant and big and bombastic. It’s one of those moments where I was feeling like I wanted to take a big risk. It’s so fun to play live, seeing how the entire crowd sings along. It’s just one of those songs.

At the moment, I’m going to say [1991’s] Kerplunk. It’s kind of autobiographical. We wrote that record when I was 18, 19 years old, and it was at a time before punk became mainstream. There’s something about it that feels like a fanzine. All of us were living together, living in bands together. It was a coming of age in a way. A song like “Welcome to Paradise” wasn’t just about teenage heartbreak anymore. It had a lot more to do with life slapping you in the face.

“Welcome to Paradise” [was written] when I moved out of a very small town to West Oakland. It’s about the first time being out of my house, living in a predominantly Black neighborhood with a bunch of artists. It was an all-new experience that I really learned a lot from.

Quintessentially, I would have to say Crimpshrine. They were a real East Bay–Berkeley band. They were from there; they went to Berkeley High together. [I liked] Aaron Cometbus’s lyrics and how it was a true testament to DIY. They were dirty, and they really cared about the scene. They toured in a Pinto. They hitchhiked together. It was sort of like all of these worlds coming together, whether it was the intellectual side of Berkeley to politics and hippie culture at the same time. They were very much about Telegraph Avenue and People’s Park, and that’s why I think of them as the quintessential Gilman band of that time.

You know, it’s interesting because I’d been hungover in the vast majority of our videos. I remember when we did the “Longview” video, I was out [the night before] drinking with friends. The night ended in our house. I remember just waking up and coming out of my bedroom, and there was a film crew in my house. Just, “Oh my God, this is crazy!” That was a nice way to roll out of bed, having all my friends painting the walls.

I never expected “Basket Case” to be a single. I think I would have probably chosen, like, “Burnout” or “She,” something like that. Thank God I got outvoted for that single.

“She” is such a simple song, only three chords; I think it’s melodic. [But] it was an oh shit moment. It’s about an ex-girlfriend that I had at the time who had a really positive impact on my life.

This keeps coming to mind: After Dookie came out, I think when “Basket Case” started to get really big, a friend of mine’s band went to a truck stop, and they found a Green Day air freshener for their car. This is something that wasn’t a part of our merchandise at all. It was just this bootleg freshener. And that moment really sticks out for me.

I don’t regret anything. I think Green Day wanted to be independent from [everything]. We wanted to do our own thing, just be green. We never really were like, “Okay, we’re going to become …” I never thought, We’re going to push punk into a new, different level. We’re going to represent all of punk. That was never what our mission was. We wanted to play music for the rest of our lives. We wanted to be Green Day in the same way the Who was the Who. I think the only things that I miss are the communal living, living in punk houses with friends and being around that sort of energy, because that’s what I really attribute to punk rock, culturally. Sometimes I feel like I maybe prematurely took myself out of that.

Those songs on Warning, I really wanted to flesh out. I listened to that record for the first time in a while [recently], and I think it was [made] at a time where there was capital P pop-punk starting to happen very early, in the late ’90s and 2000s, that I wanted to kind of get away from and get into things that were more rootsy. I was listening to a lot of Tom Waits and the Pretenders, just great, classic rock and roll. We really were trying to do something that was more acoustic. It has an audience … I guess that’s the one thing about records and time. When people revisit stuff, there’s fans of that era or that time where they have that record as their particular favorite. They want to be different, you know? I think Warning’s the one right now that I look at that maybe, at the time, was sort of misunderstood.

I never really liked that term; it turned into sort of a genre. I never thought of myself as a pop artist. I’ve always been left of center. To say you’re a pop-punker … it never sat well with me. I’m very proud that we came from a diverse scene. We were definitely the most melodic band playing at that time, but we’d also play with bands like Neurosis, Engage, Spitboy, Blatz, and Filth, and it was just all over the spectrum as far as punk rock. We played with Fuel, which sounded more like Fugazi. [Pop-punk is] this term that kind of just all of a sudden showed up when people wanted to put a label on things. I feel the same way about, like, ska-punk. It seemed like a silly way of trying to kind of create a genre or a sub-genre.

“Wild Youth” by Generation X is so freaking catchy, and it’s all about, like, being a punk and rebellion in England, 1977. The guitar playing is unreal, and Billy [Idol]’s voice sounds amazing. It’s one of my favorite punk songs of all time.

“21 Guns” happened at a time where I was feeling really low. I didn’t know if that song was even going to be on [2009s 21st Century Breakdown]. Coming out of American Idiot, it sort of felt like I was writing songs with a gun to my head, but I was the one holding it. That song was about feeling like I had to sort of surrender to my own ego, surrender to depression. Not to get super cheesy about it, but I think, at the same time, it made me feel a form of serenity.

It does get heavy, and I don’t want anybody to think that I’m an unhappy person in general, but I think that going back to some of my childhood stuff [was difficult]. But you learn lessons through life and just kind of keep moving and, shit, it gets better. So that’s all.

This interview has been edited and condensed for clarity. 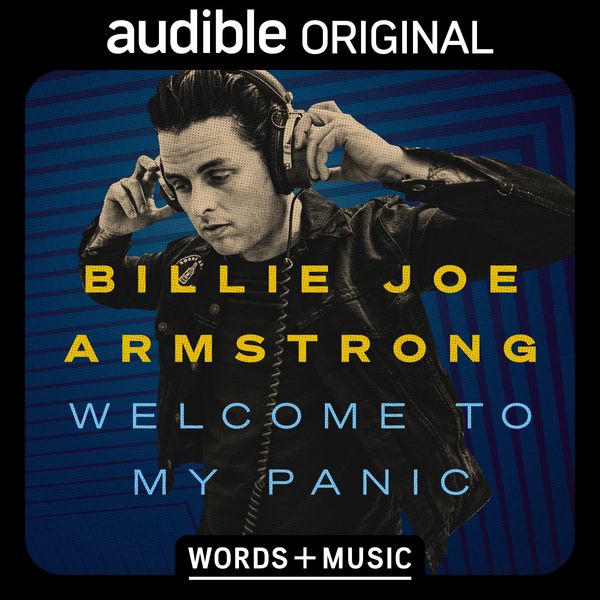