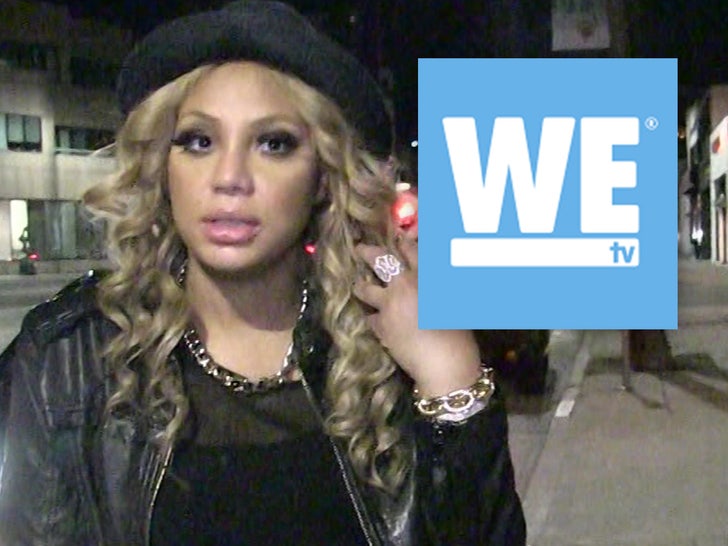 Tamar Braxton‘s upcoming reality show premiere is being pushed back by the network after the apparent suicide attempt that sent her to a hospital.

WE tv tells TMZ it’s postponing the debut of her new series, “Get Ya Life!,” from July 30 to Sept. 10 because of “the current situation” with Tamar.

The network says its first concern is for Tamar’s recovery and well-being and the timing just isn’t right to debut the new show.

WE tv added, “At this moment we are joining with her fans and sending strength and healing in the hope that she is getting the support and help she needs at this difficult time.”

As we reported … Tamar was rushed to a hospital July 16 after her boyfriend, David Adefeso, called 911 from their Ritz-Carlton hotel room in downtown Los Angeles. EMTs found Tamar unconscious inside her room when they arrived. She was hospitalized and has since improved to stable condition.

David claimed during the 911 call that Tamar was distraught — and mixed pills with alcohol — because she’d been feuding with WE tv over her portrayal in the first episode. However, our sources say it was more David who was upset with the way he came off on the show.

The network has not commented on the alleged beef, but says Tamar is “an incredibly important member” of the We TV family.