Actress Spencer Grammer, daughter of TV star Kelsey Grammer, says an agitated man cut her on the arm and stabbed her friend in the back outside of a New York City restaurant Friday night.

Grammer, 36, told Fox News via her rep that she and her friend “did what anyone else would do in the same situation” and were “attempting to prevent the altercation from escalating,” trying to calm the man down when he attacked them.

The two were eating at an outside table in the East Village around 11:30 p.m. when the man arrived, demanding to be served by the restaurant, which was in the process of closing. 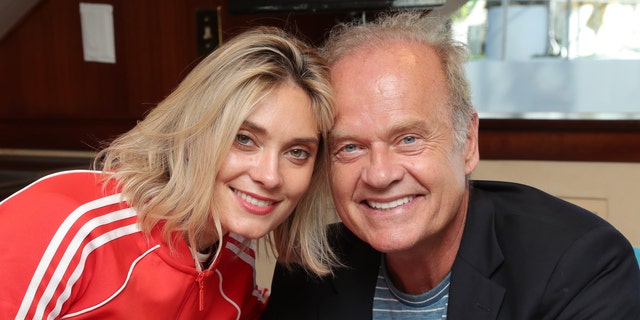 KELSEY GRAMMER SLAMS EX-WIFE CAMILLE AS ‘PATHETIC,’ CLAIMS SHE ASKED FOR DIVORCE ON DAY OF HIS MOM’S FUNERAL

The actress and her friend “attempted to break up a dispute between the unidentified male and other patrons at the location,” police said.

The man injured Grammer’s right arm and her friend’s lower back with an unidentified sharp object before he ran off, investigators added.

“I sustained a laceration on my arm, and my friend was stabbed in the back, but thankfully he suffered no serious internal injuries,” the actress concurred. “We expect to recover quickly.”

KELSEY GRAMMER TURNS 65: A LOOK BACK AT HIS BIGGEST MOMENTS

No arrests have been made.

In her statement, Grammer thanked the first responders and Bellevue Hospital staff who treated them and noted the “incredible battle” those workers have fought against the coronavirus pandemic. 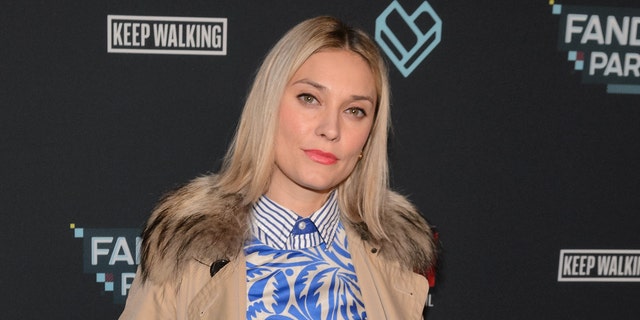 Spencer Grammer said an attacker injured her and a friend in New York City. Her father Kelsey Grammer has claimed she ‘was not slashed.’ (Daniel Boczarski/Getty Images for Fandom, File)

“It was very moving for us to have the opportunity to thank them in person,” Grammer said.

Grammer is best known as the voice of Summer on “Rick and Morty,” as well as her brief appearances on popular television programs such as “Law & Order: Special Victims Unit,” “Chicago P.D.” and “Grey’s Anatomy. She also starred in the comedy “Greek.”

In addition to being the daughter of “Frasier” star Kelsey Grammer, 65, the star’s mother was actress Doreen Alderman.

A statement from Kelsey’s rep obtained by The New York Post said initial reports were exaggerated.

“There are elements of truth to the story but Spencer was not slashed; she is fine,” the statement added.

Reps for Kelsey Grammer did not immediately respond to Fox News’ request for comment.

The Associated Press contributed to this report