Amanda Kloots is providing the world an update on the health of her husband, Nick Cordero.

The fitness maven, who shares a 1-year-old son with Cordero, recently said the Broadway star will likely need a double lung transplant in order to recover from the complications of the coronavirus.

Making an appearance on the Thursday episode of “CBS This Morning,” Kloots lamented her husband’s consistent health struggles since he was admitted into the hospital in late March.

Although Cordero, 41, has since emerged from a medically induced coma and has returned a negative test for the illness, Kloots, 38, maintained to co-host Gayle King that Cordero remains “extremely weak” and said there is a huge likelihood he will need to undergo a double lung transplant to give him the best chance at recovery.

“That is most likely the possibility,” Kloots said, adding that finding a way for her husband to have the procedure is the “ultimate goal.”

“[There is] a 99 percent chance that he would be needing that in order to live the kind of life that I know my husband would want to live,” said Kloots. “That is a long road away and a lot of things would have to line up in order for Nick to be a candidate.”

Kloots likened her daily hospital visits to see Cordero to a “vicious circle or the ICU dance because you just feel like you’re in this momentum of going around, around, around like a hamster wheel.” 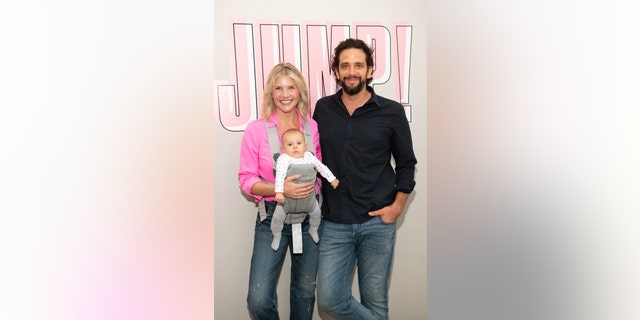 She said she simply just wants the family to “get out of the hamster wheel.”

Additionally, she said doctors have been mixed about Cordero’s overall prognosis but since he’s been proving them wrong, she’s holding onto hope that he’ll pull through.

“They told me four times that he won’t survive. Sometimes even he won’t survive through the night, but he has,” Kloots explained. “He’s fighting. I see it every day. Nick’s doctor sees it. And as long as he’s in there and fighting, I’ll continue to fight with him.”

She continued: “I tell him every day before I leave, I say, ‘Okay, here’s what you have to focus on. The two of us sitting in our new house, … [their son] Elvis is in bed and we’re listening to ‘Our House’ in our home in Laurel Canyon.”

Cordero’s motor functions remain weak but Kloots said he is still coherent enough to respond to commands using his eyes. She said that keeps her determined to push through with her husband even in moments when she loses hope.

“He is doing okay. He’s stable. He can still open his eyes and when he is alert and awake, he’ll answer commands by looking up or down – yes or no questions,” she explained. “When I’m asking him, he will even try to smile or move his jaw. The nurses have all said that he answers my questions the best.”

Kloots said she longs for the day when she grabs Cordero’s hand and he “holds my hand back.”