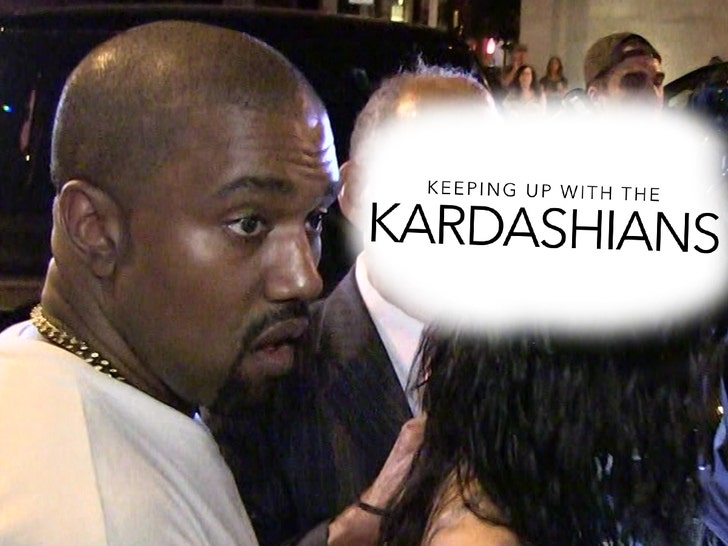 “Keeping Up with the Kardashians” is NOT documenting any of Kanye West‘s current bipolar episode — and the order came down from Kim herself … TMZ has learned.

Production sources tell us … as soon as Kanye went off the rails, Kim made the decision none of it would be used as a storyline on the show. We’re told the series had just recently started shooting again after a lengthy hiatus because of COVID.

Our sources say Kim takes her husband’s mental health very seriously and doesn’t want it exploited for ratings or good TV drama — some things are off the table, and this is one of them. That policy extends to her kids too … we’re told production was told not to profile any of them during this ordeal because she wants them to avoid seeing it down the road.

With that said, we’re told she and other family members are still filming … but they’re simply following other storylines right now. We’re told they were out in Malibu Wednesday shooting for the show.

Here’s another thing … our Kardashian sources tell us online speculation about Ye going seemingly berserk just for publicity for his new album is completely bogus. We’re told NOTHING he’s doing right now is for attention — it’s all too real.