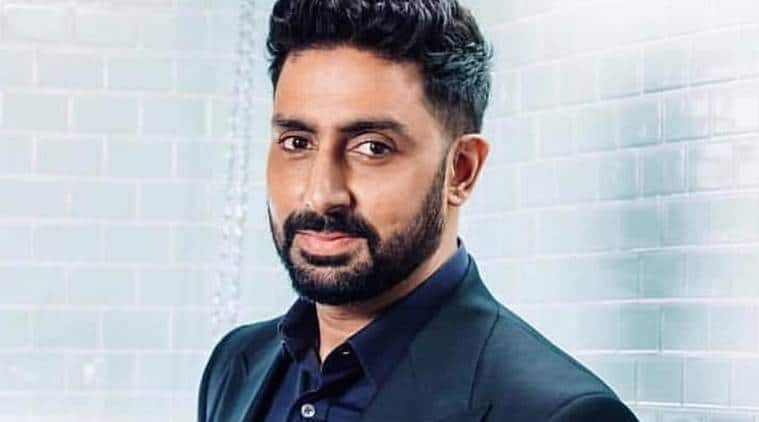 Abhishek Bachchan said today’s audience is more interested in seeing characters that are real and flawed rather than being fantastical. (Photo: Abhishek Bachchan/Instagram)

Abhishek Bachchan turned 20 in Bollywood years last month and after a period of self-reflection, the actor says he now wants to focus on the coming decades.

The actor, who along with Kareena Kapoor Khan made his debut with JP Dutta’s 2000 film Refugee, returned to screen with Anurag Kashyap’s Manmarziyaan in 2018 after a brief hiatus.

“I have reflected far too much. Past two-three years, I have only been reflecting in the media. So, I am now done with that. When I completed 20 years last month, I said ‘Enough of looking back, now we have to look forward’,” Abhishek Bachchan told PTI in an interview over a Zoom call.

Known for his performances in films like Yuva, Guru, Bunty Aur Babli and Bluffmaster, the 44-year-old actor said in the spirit of going ahead the first thing he has to offer is his work.

Abhishek Bachchan, who will next be seen in Amazon Prime Video series Breathe: Into The Shadows, said he is happy to be getting the opportunity to play a gamut of roles.

“I don’t know in the next six months what state of mind I am going to be in to decide what kind of work I want to do. But currently, I just love the fact that the producers, directors and audience are allowing me to do work which has a lot of variety. I hopefully show them that there are different things that I can convincingly do,” he said.

Psychological thriller Breathe: Into The Shadows is the follow-up to 2018’s Breathe, which starred R Madhavan.

The new season goes ahead with Abhishek Bachchan, who plays Avinash Sabharwal, a psychiatrist who will go to any length to find his missing daughter Siya. It starts streaming from July 10.

The series is helmed by Mayank Sharma, who has also co-written the show with Bhavani Iyer, Vikram Tuli, and Arshad Syed.

Created by Abundantia Entertainment and produced by Vikram Malhotra, Breathe: Into The Shadows also marks Abhishek Bachchan’s digital debut, but he said yes to the project on its story’s merit.

“When I heard the story, I immediately said yes. The criteria that it was on Amazon Prime Video, or it was going to be a movie or TV show is immaterial to me. At the end of the day, it was great material which I really liked and wanted to be a part of it.”

The actor said today’s audience is more interested in seeing characters that are real and flawed rather than being fantastical.

“That time is gone when the hero has to be morally on a higher ground to the audience. In today’s day and age, especially the youth, they would much rather see a flawed character achieve something by admitting their flaws and trying to work with it,” Abhishek, son of actors Amitabh and Jaya Bachchan, said.

“There are lesser and lesser fantastical characters. Our most popular heroes today are all great characters which have one or two flaws which just makes them real. That just makes the character more tactile and approachable,” he added.

Besides Breathe: Into The Shadows,Abhishek Bachchan has a slate of films — The Big Bull, reportedly based on India’s biggest securities scam of 1992, Anurag Basu’s anthology Ludo and crime thriller Bob Biswas.

A rags-to-riches story The Big Bull, which will digitally release on Disney+Hotstar, has “thematic similarities” to Guru. The 2007 drama directed by Mani Ratnam also charted the journey of a simple man’s rise to ambition.

“That’s the only similarity that it is thematic,” Abhishek admitted.

“The Big Bull is a story of perseverance, hard work, and dedication. I like watching inspirational movies. What I liked about this one is that it wasn’t just a whitewash piece,” he added.

Abhishek Bachchan, who has also worked with Ratnam in Yuva (2004) and Raavan (2010), said he would love to collaborate with the “genius” filmmaker again.

“He is one of my favourite directors. Mani has an amazing way of working. He tells great stories, his style of telling those stories is unique. I’m blessed to have three Mani Ratnam films in my repertoire. I know actors who would give an arm and a leg to do one film with him. Mani is family to me and Aishwarya. He just has to call me and I’ll be there.”

Ludo, a dark anthology comedy, gave him an opportunity to work with Anurag Basu, the director with a “wonderful, quirky mind”.

“He is a director I’ve had great admiration for. A latent desire that I’d get the opportunity to work with him and he’s lived up to it. He’s a mad genius. I loved working with him. I just love the way he looks at life and I think that reflects in his films. He has a very unique perspective on everyday things,” Abhishek said.

Production on Bob Biswas came to a halt amid the coronavirus-led lockdown and they still have about 12-13 days of shoot left.

The actor said they want to finish the shooting on a priority basis.

📣 The Indian Express is now on Telegram. Click here to join our channel (@indianexpress) and stay updated with the latest headlines

For all the latest Entertainment News, download Indian Express App.