Berry apologized after discussing the role over the weekend in an Instagram Live video.
“As a cisgender woman, I now understand that I should not have considered this role, and that the transgender community should undeniably have the opportunity to tell their own stories,” she wrote on Twitter.

“I am grateful for the guidance and critical conversation over the past few days and I will continue to listen, educate and learn from this mistake.”

Berry said she vowed “to be an ally” and to use her “voice to promote better representation on-screen, both in front of and behind the camera.” 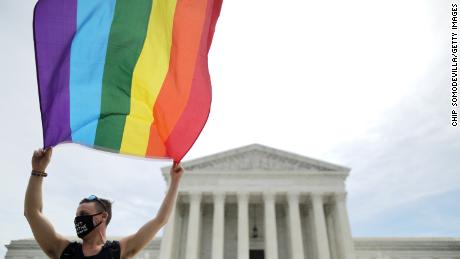 In response to the star’s statement, many thanked her for listening.

LGBTQ advocacy group GLAAD said they were pleased Berry listened to the concerns voiced after her discussion of the role and “learned from them.”

“Other powerful people should do the same,” the group said on Twitter. “A good place to start is by watching @Disclosure_Doc to learn about trans representation in media.”
The documentary examines how transgender people have been depicted on screen throughout the years, and is produced by, among others, Laverne Cox of “Orange is the New Black.”
The Twitter account of the documentary asked Berry to watch the film “first to understand how cis actors like yourself acting in trans roles has major cultural consequences offscreen.”

After Berry’s announcement Monday, the account wrote, “We hope #DisclosureNetflix is one of many educational tools you and others can rely to inspire and strengthen allyship.”