“It is with great sadness that the family of Peter Green announce his death this weekend, peacefully in his sleep,” said Swan Turton solicitors in a statement. The firm added that a further statement will be given in the coming days.

The English singer-songwriter and guitarist, from Bethnal Green in East London, formed Fleetwood Mac with drummer Mick Fleetwood in 1967.

In 1965, Green filled in for Eric Clapton in the band John Mayall & The Bluesbreakers — in which Fleetwood played the drums. Two years later, Green and Fleetwood left the band to form Fleetwood Mac, later convincing Bluesbreakers bassist John McVie to join them.

Green wrote some of the band’s most notable hits, including “Albatross,” “Black Woman Magic,” and “Man of the World.” 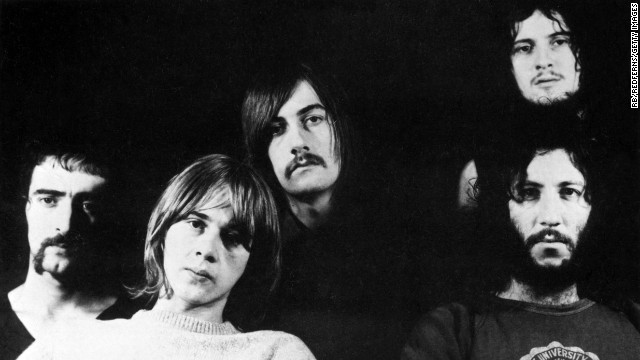 He left the band in 1970, after it had released three albums. Fleetwood Mac eventually expanded to include Stevie Nicks, Christine McVie, Lindsey Buckingham and others.

Green and the other members of Fleetwood Mac were inducted into the Rock & Roll Hall of Fame in 1998.

Fleetwood posted a tribute to Green on Facebook on Saturday, calling his former bandmate “my dearest friend.”

“For me, and every past and present member of Fleetwood Mac, losing Peter Green is monumental,” Fleetwood wrote. “Peter was the man who started the band Fleetwood Mac along with myself, John McVie, and Jeremy Spencer. No one has ever stepped into the ranks of Fleetwood Mac without a reverence for Peter Green and his talent, and to the fact that music should shine bright and always be delivered with uncompromising passion!!!”

“Peter, I will miss you, but rest easy your music lives on,” he added. “I thank you for asking me to be your drummer all those years ago. We did good, and trail blazed one hell of a musical road for so many to enjoy.”

A number of other musicians paid tribute to Green after his death was announced. Whitesnake singer David Coverdale tweeted that Green was “an artist I truly loved and admired.”

“I supported the original Fleetwood Mac at Redcar Jazz Club when I was in a local band. He was a breathtaking singer, guitarist and composer. I know who I will be listening to today,” he added.

Black Sabbath bassist Geezer Butler also expressed his sadness after hearing of Green’s death, describing him as “one of the greats.”