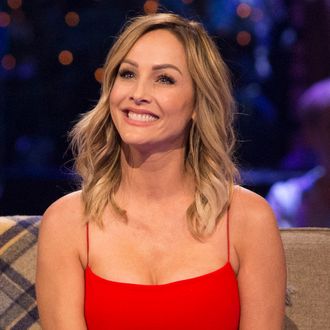 Will you accept this Cloroxed rose thrown at you from six feet away with a plastic glove? Clare Crawley’s Bachelorette season is set to resume filming after an indefinite suspension due to the coronavirus pandemic. Per Variety, the season will be filmed entirely at an isolated resort in Southern California — so, not the Bachelor Mansion — with Crawley, her 30 contestants, and her crew quarantined on-site for the season. That means all dates, rose ceremonies, and boozy discussions about the franchise’s lack of diversity will take place within the confines of the resort, which is said to be outside of Los Angeles County. “Everyone will be tested before they enter the location,” Variety adds, “and regular testing and temperature checks are expected.” Following everyone quarantining at the resort for an acceptable amount of time, the season will begin filming in earnest in July, which we imagine will be about a 30/70 split of Bachelorette and Bachelor in Paradise.