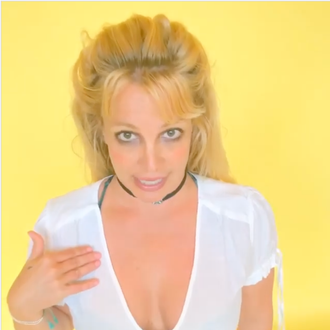 Looks like #FreeBritney effort may have unintentionally caused more harm than good for their girl Queen B Brit this week. Per TMZ, a hearing regarding the status of her conservatorship was unable to take place this week because her confidential Zoom call was “Zoombombed” by people who had nothing to do with the case. Every three months, a judge meets with the parties involved to discuss Britney’s conservatorship. The latest meeting scheduled for this week, however, did not occur because people not legally involved in Britney’s conservatorship stayed on the Zoom call for over two hours, leading the judge to postpone the hearing. As such, Britney will remain in her conservatorship for the foreseeable future.

Britney’s conservatorship, and conservatorships in general, have been a popular conversation topic as of late in the media. In a rare interview released on Thursday, July 23, Bryan Spears, Britney Spears’s older brother, revealed some personal details regarding his sister’s conservatorship, which has been thrust back under the spotlight due to Britney’s eccentric social media presence. “She’s been in this thing for quite some time now. Obviously there was a need for it in the beginning,” said Bryan on the As NOT Seen on TV Podcast regarding his sister’s conservatorship, which has been in place since 2008. “Now they’ve made some changes and all we can do is hope for the best.”

In the interview, Bryan says that the conservatorship, run by their father, Jamie, until he stepped down as permanent conservator in 2019 due to “personal health reasons,” has been a struggle for Britney since the very beginning. “She’s always wanted to get out of it. It’s very frustrating to have,” he said on the podcast. “Whether someone’s coming in peace to help or coming in with an attitude, having someone constantly tell you to do something has got to be frustrating. She’s wanted to get out of it for quite some time.” Tough to hear given how her most recent conservatorship hearing went down.

Britney, for her part, seems to be living her life, posting a video on Instagram this evening answering questions about what her favorite movies are. For the record, her favorite Disney movie is Frozen and her favorite “movie” movie is Ferris Bueller’s Day Off.