Britney Spears‘ brother opened up in a rare interview about what it was like growing up with the pop star and how the family as a whole adjusted as she skyrocketed to stardom.

Speaking on the “As NOT Seen on TV” podcast, Bryan Spears, 43, said he was in college when Britney became a household name. Since then, the world watched as she suffered a 2007 meltdown, subsequently resulting in her being placed under a conservatorship controlled by their father, Jamie Spears.

Britney’s brother was asked about the latest drama surrounding her conservatorship, in which he explained that while it’s a beneficial thing to have in place, Britney ultimately would like to get out of it. 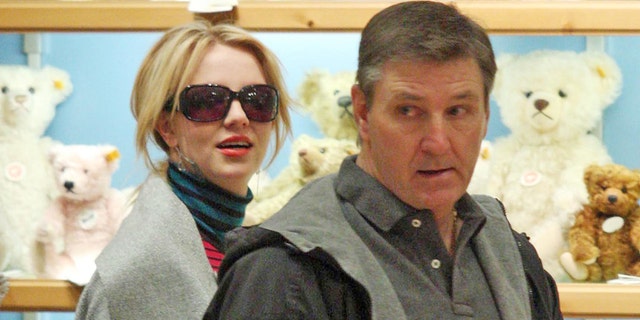 Britney Spears shops with her father, Jamie Spears, in 2008.
(Getty)

“She’s been in this thing for quite some time now. Obviously there was a need for it in the beginning,” Bryan said. “Now they’ve made some changes and all we can do is hope for the best!”

He went on to share that he speaks to Britney “constantly” and hinted at her thoughts of someone else managing her financial affairs.

The “Toxic” singer’s older sibling said that while she’s the one performing around the world, her family members have learned how to adjust to being under a microscope themselves. 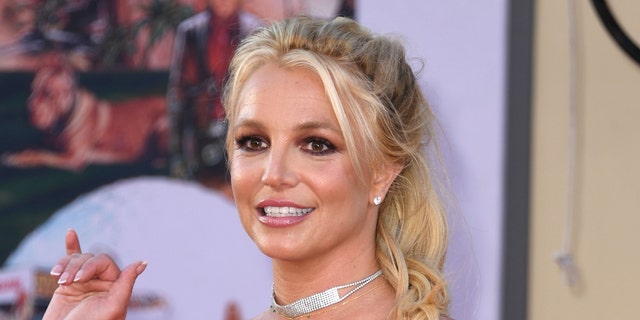 Britney Spears arrives for the premiere of Sony Pictures’ “Once Upon a Time… in Hollywood” at the TCL Chinese Theatre in Hollywood, Calif.
(Getty)

“In the beginning it was hard. Anytime you’re going through struggles or whatever and having to make big adjustments, that is very difficult. What I think kind of got us all through it is all of us have been pretty close all these years,” he said, adding that the family has only had “normal fights.”

“But nothing ever major where everyone’s quit speaking. We haven’t ever had that,” he said.

Jamie reportedly served as Britney’s conservator from 2008 until he stepped down in September 2019, citing health issues. While Bryan said he knows his dad is still active in the conservatorship, he’s not certain what his role is at the moment. It reported last fall that Britney’s longtime care manager Jodi Montgomery was appointed as a temporary conservator while Jamie maintains financial control.

“In general, he’s done the best he could being given the situation he’s put it in and we have to work together as a family to keep it going,” Britney’s brother concluded.