Rapper Vanilla Ice is set to perform at a 2,500-capacity concert in Texas on Friday despite a recent surge in coronavirus cases and hospitalizations in the state.

The singer, known for his popular 1990 song, “Ice Ice Baby,” is throwing the throwback Fourth of July weekend celebration in Austin, with its theme rooted in nostalgia during the global pandemic.

“I can’t wait to get back to this,” the rapper wrote on Instagram on Sunday, with his post including video of a screaming crowd at a packed venue.

“The 90s were the best. We didn’t have coronavirus, or cell phones, or computers. We had 5.0‘s, blockbuster, Beavis and Butthead, Wayne’s World, Chris Tucker, and Jackie Chan. And Mortal Kombat is still better than fortnight but we got out of the house, We danced, we invented house parties in the 90s. The last of the great decades.”

Texas Gov. Greg Abbott ordered all bars in the state closed for a second time last Friday as the state tries to curb a resurgence in the virus following a fast reopening last month. Restaurants were also ordered to return back to 50 percent capacity.

“At this time, it is clear that the rise in cases is largely driven by certain types of activities, including Texans congregating in bars,” Abbott said. “The actions in this executive order are essential to our mission to swiftly contain this virus and protect public health.”

The concert, titled “The Independence Day Throwback Beach Party,” is being held at the Emerald Point Bar & Grill, a multilevel establishment on the shores of Lake Travis. The venue is still open because it’s technically categorized as a restaurant, despite having a large outdoor entertainment space, according to the Austin Chronicle. At least 51 percent of its revenue currently comes from food sales.

The business can increase its capacity to 5,000 people, but the concert is reportedly set to hold upwards of 2,500, according to the Chronicle. Tickets are being sold between $25 to $300 on its Eventbrite page. 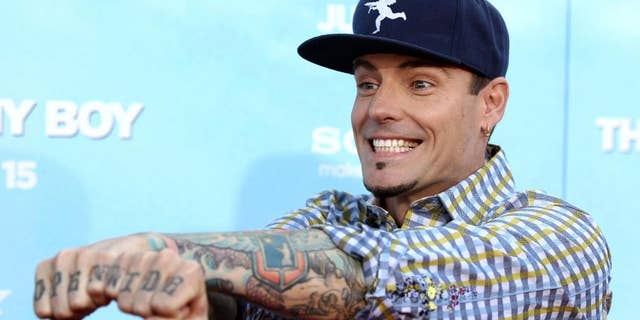 Rapper Vanilla Ice is set to perform at a 2,500 capacity concert in Texas on Friday amid a recent surge in coronavirus cases and hospitalizations in the state.<br data-cke-eol=”1″>
(Associated Press)

Texas saw a record 8,076 new coronavirus cases Wednesday, two days before the concert is scheduled to begin, according to the Texas Department of Health and Human Services. Hospitalizations have also skyrocketed in recent weeks. More than 6,900 people are currently hospitalized in the state as of Wednesday night, compared to just over 2,000 on June 11.

Texas has now seen more than 171,929 confirmed cases since the start of the pandemic, the third-highest state total in the U.S, according to data from Johns Hopkins University. The state has reported at least 2,502 deaths from the virus.

Meanwhile, organizers of the popular Austin City Limits Music Festival announced in a statement Wednesday they were scrapping the three-day October event and deemed it “the only responsible solution,” amid the pandemic. Austin-based entertainment company Rooster Teeth announced last week it was canceling its flagship RTX 2020 convention, which normally draws thousands of loyal fans to the yearly event and personalities of the company.

“Despite all our wishes and best efforts to bring us together in person this year, due to citywide restrictions on large scale events, RTX Austin 2020 has officially been cancelled,” the company wrote on its website.

Even with the recent surge in cases in Texas, restrictions on large-scale events, and outdoor gatherings of 100 or more people needing approval from local governments, the nostalgia-fueled Vanilla Ice concert still appears ready to go back in time.

“Get ready to go back to The 90s, the greatest decade ever,” the rapper and Dallas native, whose real name is Robert Matthew Van Winkle, wrote June 24 — to the delight of his fans on Instagram. “Bring your dancin shoes, Speedo’s, bikinis, neon colors, and ninja turtle gear… hahha.”

His 1990 album, “To the Extreme,” which featured “Ice Ice Baby,” spent 16 weeks at the top of the Billboard 200 record chart and sold at least 15 million copies.

15 thoughts on “Vanilla Ice going ahead with Texas concert: We didnt have coronavirus in the 90s – Fox News”