Matt Damon got ‘overwhelmed’ with emotion and cried when he first returned to movie theaters.

The actor admitted he was overcome with feelings when he sat down with guests to preview his new film Stillwater at the Cannes Film Festival, his first screenings since the coronavirus pandemic began.

A video from inside the theatre showed him and the cast receiving a standing ovation for five minutes as he got emotional at seeing so many people packed into the theatre again.

And later asked by Variety what made him cry, he said: ‘the feeling of being in a movie theatre again and how much I missed that, and why we do that’. 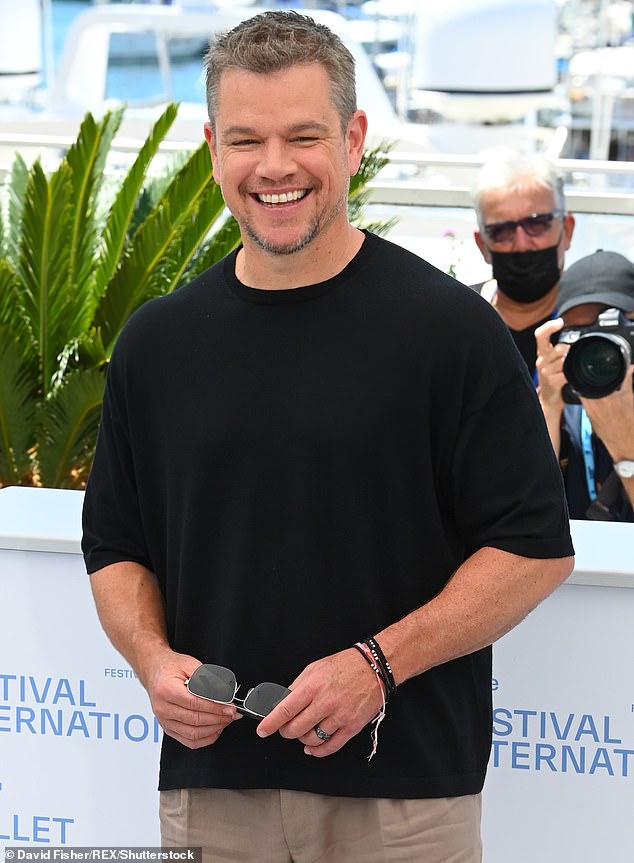 Happy to be back: Matt Damon was brought to tears when he returned to the movie theaters to screen his film Stillwater at Cannes earlier this month, seen above at the film festival on July 9th

He added: ‘It was a great reminder that we need to go as a community of strangers and turn the lights off and have this experience all at the same time together.

‘There’s something beautiful and valuable about that.

‘I just kind of got overwhelmed in the moment because I just hadn’t done that in almost two years. It was great. I was happy. I was just very moved by it.’

Matt had previously revealed how he got into the mindset of playing an absentee father in the movie, which follows an out-of-work oil rig worker from Oklahoma who relocates to France, where his daughter (Abigail Breslin) is in prison. 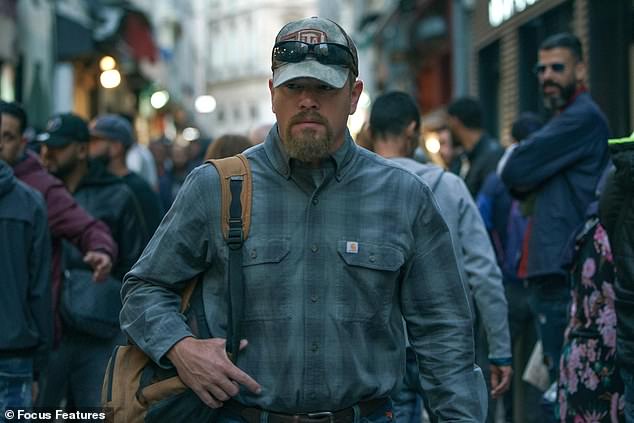 Rugged: Matt plays an out-of-work oil rig worker from Oklahoma who relocates to France, where his daughter (Abigail Breslin) is in prison in Stillwater

Speaking about spending time with the American roughnecks to work on his character he said: ‘They were wary at first because these are the kind of guys that Hollywood movies look down their nose at a lot of the time.

They were like, ‘What are your intentions? You say you want to play [a] roughneck. What kind of movie are you making here?’

‘I think that once they saw the script and they talked to Tom and to me, they realized that our intentions were pure and that we were really trying to get it right.

And then they could not have been more helpful.’