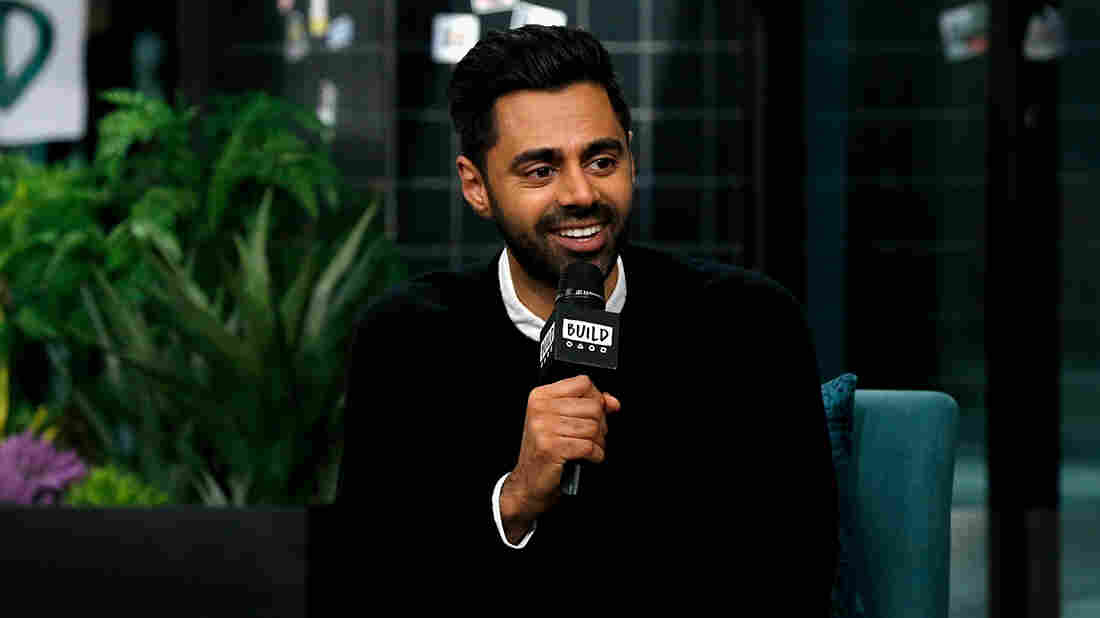 Hasan Minhaj discusses his show Patriot Act at Build Studio on Dec. 2, 2019. Minhaj talked with NPR about talking with Keith Ellison, who is prosecuting former police in the George Floyd case. 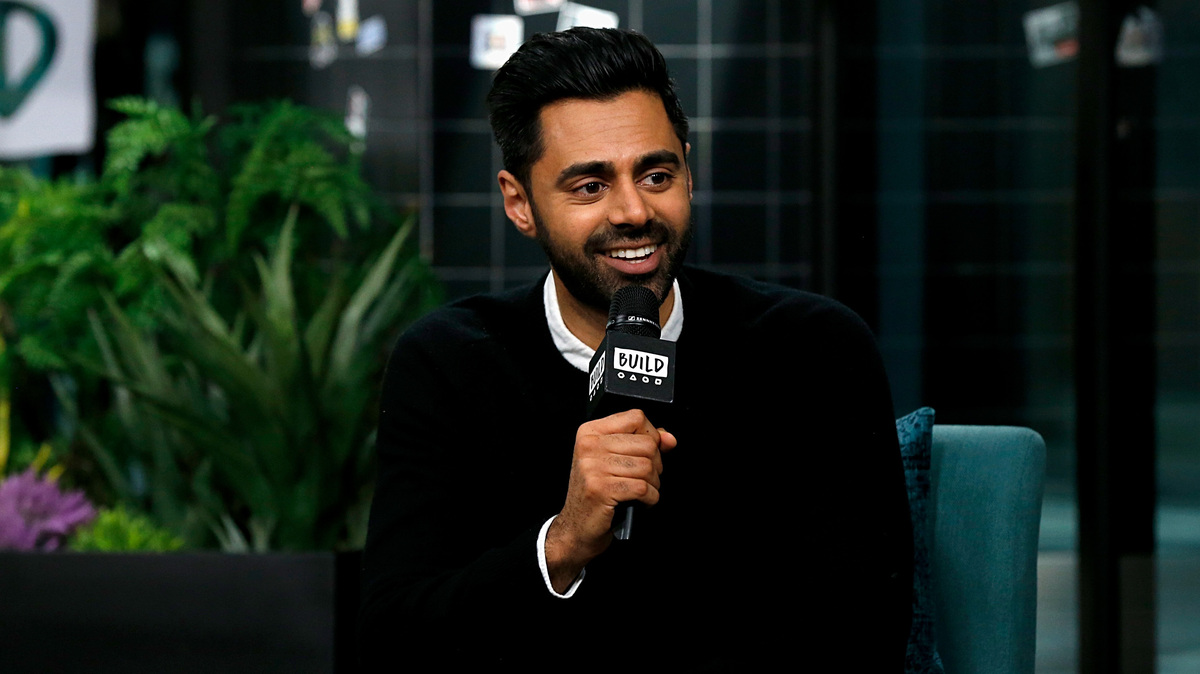 Hasan Minhaj discusses his show Patriot Act at Build Studio on Dec. 2, 2019. Minhaj talked with NPR about talking with Keith Ellison, who is prosecuting former police in the George Floyd case.

Hasan Minhaj tackles police brutality, the student debt crisis, U.S. elections, the demise of local journalism and so much more on the sixth season of his show, Patriot Act, on Netflix.

One of Minhaj’s episodes featured an interview with Minnesota attorney general Keith Ellison, the person in charge of the case against the four police officers involved in the death of George Floyd. Minhaj, who said he knew Ellison from “your traditional Muslim fundraisers for the community, for a local mosque or for a local organization” told NPR’s Lulu Garcia-Navarro on Weekend Edition that the interview felt necessary.

“I felt like there is this very interesting national moment where we have bipartisan condemnation of the police officers,” Minhaj said. “You have to capitalize. I remember when Eric Garner was murdered, another famous ‘I can’t breathe’ case, and yet the officers were charged and they walked. And so visiting [Ellison] at his office, one of the things that I was most amazed at was how calm and collected he is about this case. He told me something really powerful to me in the interview: ‘I don’t want to overcharge and I don’t want to undercharge, I just want justice to be served.’ “

Minhaj spoke with NPR about his interview with Ellison, running a show from his home and more.

On pivoting production because of the pandemic

What ended up happening was we were in the middle of production. The week of March 14 was a very crazy week. There were a bunch of outbreaks. For the health and safety of the staff and everybody who comes to see the show, we had to shut things down. We had to figure out, what’s the new iteration of the show? And quickly transitioned from, wait a second, Patriot Act can’t really be live from my living room. Shout out to our graphics and our animation department.

What we came up with together is, hey, what if we do this all through green screen? We kind of make it a direct to camera experience and it will feel more intimate, it will feel more intense, but given the subject matter of everything that was going on with COVID, we really just leaned into the urgency of the times we’re living in right now.

On living through this current political and social moment

I felt these two core feelings. No. 1, who is in charge? I feel like we’re living in a time when there is just no real leadership from a government level, from a corporate level, I think even in our own families.

And the second thing is, who do we trust? Because the science keeps changing, the news keeps changing. We’re all sequestered to our living rooms and I should be grateful. Like, Lulu, I’m with my wife and my two kids and we’re safe and we’re healthy and my parents are healthy. We’re all good. But I feel this feeling of, like, I don’t know what tomorrow holds and I don’t know who to trust because every few hours reality itself is changing.

Listen to the full interview at the audio link above.

Hiba Ahmad and D. Parvaz produced and edited the audio version of this story.