On Wednesday, US-based sites MuggleNet and The Leaky Cauldron released a joint statement rejecting Rowling’s beliefs on transgender rights and detailing their commitment to providing a safe community where all feel welcome.

The statement comes after Rowling published an essay she had written about gender identity on her website. She immediately faced criticism and condemnation from LGBTQ+ activists, who called it “devastating.”

The fan websites said they have implemented new policies to distance themselves from the author, stating that they will no longer cover her personal endeavors (excluding her charity) and won’t feature photos or quotes from the author.

They also said they won’t be posting purchase links or links to the author’s website.

Earlier in June, several leading stars of the “Harry Potter” movie franchise spoke out, with Emma Watson writing on Twitter that: “Trans people are who they say they are and deserve to live their lives without being constantly questioned or told that they aren’t who they say they are.” 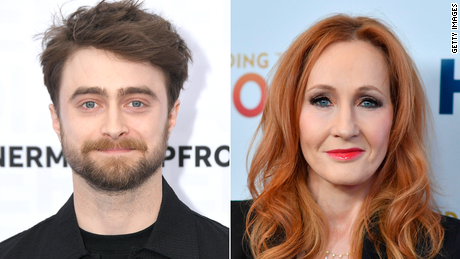 The fan sites said it was “difficult” to speak out against someone whose work they have “so long admired,” but they said that it would be wrong to not use their platforms to counteract the harm that Rowling has caused.

“Our stance is firm: Transgender women are women. Transgender men are men. Non-binary people are non-binary. Intersex people exist and should not be forced to live in the binary,” they said in their statement.

“While we don’t condone the mistreatment JKR has received for airing her opinions about transgender people, we must reject her beliefs,” they added.

CNN has reached out to J.K. Rowling’s representatives for comment.