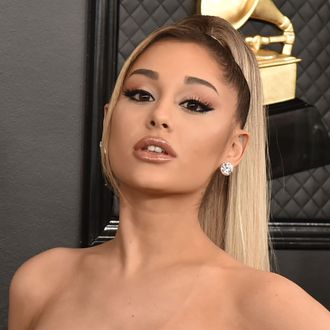 While we’re all still reeling from Ariana Grande’s surprise album announcement, the queen of quarantine sneakily dropped a countdown clock to what is presumably her newest single, “Positions.” According to the cryptic announcement, the single will arrive next week on October 23, with the album dropping on October 30. Grande also posted a mysterious video of her very slowly typing out “positions” on a mechanical keyboard to Twitter and Instagram. Fresh off her VMAs performance and wins, Grande encouraged/gently bribed fans with the promise of new music in exchange for their voter registration in the upcoming election. “Turning in these mixes and reminding u again to register to vote if u haven’t already / to vote early,” Grande tweeted earlier this month, thereby edging out Michael B. Jordan for most effective celebrity voter registration tweet.