A northern Illinois auto museum said it will continue displaying the iconic car from the “Dukes of Hazzard” television show with a Confederate flag painted on top of it, according to multiple reports.

The decision to keep the flag comes amid the toppling of Confederate statues following the death of George Floyd in police custody on May 25 in Minneapolis. Many believe that the flag is a symbol of racism and glorification of the Civil War, while others areas argue the flag is used to celebrate Southern heritage and the television show’s car is a “piece of history.”

“We feel the car is part of history, and people love it. We’ve got people of all races and nationalities that remember the TV show and aren’t offended by it whatsoever. It’s a piece of history, and it’s in a museum,” Brian Grams, Volo Auto Museum director, told Crystal Lake’s, Northwest Herald. 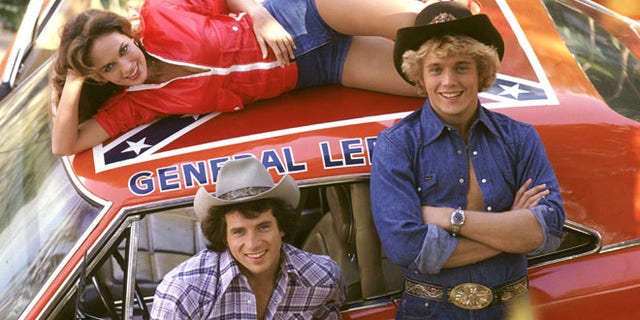 The Volo Auto Museum holds the last 1969 Dodge Charger used during the first season of the classic television series, which it acquired back in 2005.

“The Dukes of Hazzard” television show, which ran from 1979 until 1985, took place in fictional Hazzard County, Ga., and the main characters nicknamed the vehicle the General Lee — seen as a reference Civil War general Robert E. Lee.

The series told the adventures of two cousins, Luke and Bo Duke, and the vehicle was famously seen jumping over a police vehicle in the opening credits.

“And the museum has continued to hear from people supporting the decision to keep the car,” Grams told the paper. “Several people have reached out with positive comments about us leaving it on display, complimenting us for leaving it there and not having a knee-jerk reaction to remove it like a lot of places are.”

NASCAR announced in a statement last month that it will prohibit any images or displays of the Confederate flag at future events, in the name of love and unity. The Confederate emblem is also being removed from the Mississippi state flag.

“The presence of the confederate flag at NASCAR events runs contrary to our commitment to providing a welcoming and inclusive environment for all fans, our competitors and our industry,” the statement said. “Bringing people together around a love for racing and the community that it creates is what makes our fans and sport special.”

Ben Jones, who played Cooter the mechanic in “The Dukes of Hazzard” series applauded the decision by the Illinois auto museum — located about 50 miles northwest of Chicago — on Sunday.

“This story about the Volo Auto Museum in Volo, Illinois is a testament to the common sense and courage of the people in the Heartland of America,” he wrote on Facebook.

Grams said the museum wouldn’t remove the General Lee any more than it would think of removing Nazi artifacts displayed in its military section.

“If we’re going to get complaints about the General Lee being here, we’ve got much worse items over in our military building,” he added, according to the paper.