By Alice Cachia For Mailonline

The comedian Rickey Smiley’s daughter has been shot twice and hospitalised during a shootout in Houston.

The radio personality, 51, broke the news on his morning show that his youngest daughter Aaryn, 19, had been shot on her way to Whataburger.

The teenager was stopped at a traffic light on the feeder road of Highway 288 near Holcombe when she was hit by bullets fired by someone in a passing vehicle.

Authorities revealed that three other people in another car were also injured in the crossfire, and the shooter remains at large, ABC13 said. 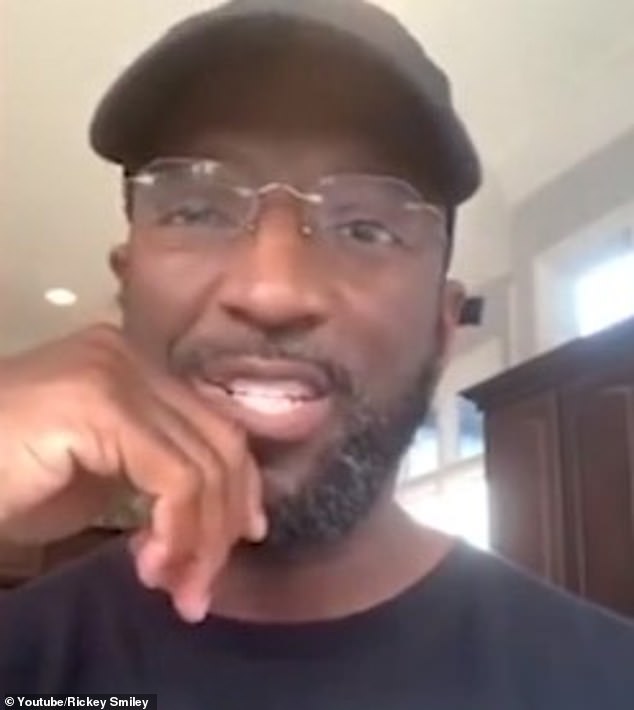 Father of five Smiley said: ‘I’m just so angry right now’, adding that ‘I been sitting here all morning with butterflies in my stomach trying to do a show’ 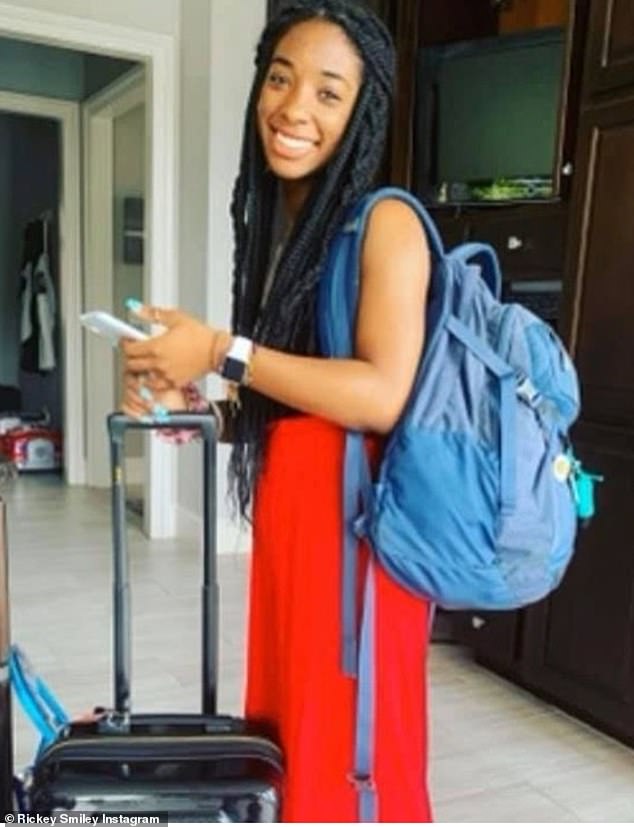 An abandoned vehicle was later discovered on the freeway and the victims’ car was seen at hospital with bullet holes that had ripped through the glass and front door, Khou11 reported.

Aaryn later told the news site that she was shot in the legs in what she said was the most terrifying ordeal she has ever been through.

During the interview on his morning show mere hours after the shooting, father of five Smiley said: ‘I’m just so angry right now’, adding that ‘I been sitting here all morning with butterflies in my stomach trying to do a show’.

He said that he had gone to bed at around 9pm when he woke up to a flurry of text messages and said that Aaryn was rushed to hospital for treatment for her injuries.

‘The fact that she’s laying up in the hospital and probably going to have to go into surgery … She’s just crying, she’s scared, and I just hate it.’

After the radio show Smiley posted a series of heartfelt photos of Aaryn online and revealed that his daughter was still in surgery as he asked for ‘prayers and support’.

Some hours later he announced that his daughter had ‘made it out of her operation’ and was ‘doing great’.

The comedian posted a tearful video online pleading for an end to gun violence as he packed a bag and prepared to fly to Houston.

‘All the parents that have to bury their kids… just make sure you pray for them.

‘We’ve got to stop gun violence. My daughter ain’t in no gangs. She don’t bother anybody.

‘If I feel the way I feel, just imagine somebody that’s got to go to the cemetery. Imagine how they feel. I’m so mad right now, I don’t know what to do.’

Smiley explained how he had tried to find direct flights to Houston but was unable to because of travel restrictions imposed by the coronavirus pandemic.

Instead, he planned to drive to Dallas before catching a connecting flight.

‘I want you to see what parents have to deal with when their children become victims of gun violence.’