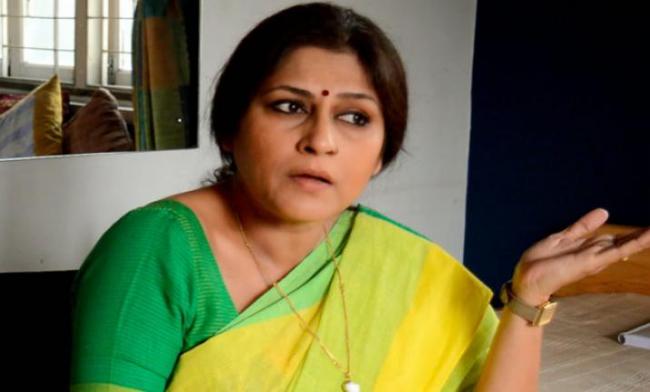 Actress and BJP MP Roopa Ganguly declares that she will boycott films of certain Bollywood personalities who have been blatantly practicing nepotism in the film industry. Her assertion comes in the wake of actor Sushant Singh Rajput’s suicide.

“I will not watch films of certain people after this. Because they have given a message to the country that boys and girls from small towns should not come to the industry. Nepotism will be there everywhere. Parents can definitely help their children. But it should not be practiced in a way so that some people are pushed to death,” Ganguly told IANS over phone from Kolkata.

Over a week now, Ganguly has been aggressively demanding Central Bureau of Investigation (CBI) enquiry into the untimely demise of Sushant. Her Twitter timeline has been flooding with the hashtag #cbiforsushant.

“Without getting a suicide note, or any stool/chair or anything in the room with which he can hang himself, the police came to the conclusion (that it was suicide). Instead of calling it an accidental death, the police makes a statement that it is suicide. The narrative was set a few days ago that he was going through depression. That has raised a big question in our minds. Without a suicide note, how did police call it a suicide even before the postmortem?” she said.

“A lot of questions have been answered but they don’t add up. Why did the forensic team reach his house on June 15? The police said there was no foul play. The forensic team reaching a day late and that raises a big question. Why were there so many marks on his body? That he hanged from the ceiling has no impact on his face as we can see in his last pictures. Why have the police not sealed his house yet? Where is his dog?” she asks.

“A person, who was so grounded, so down to earth, who is so ambitious that he writes his dreams — would he quit so easily?” she added referring to Sushant.

Ganguly is not doubting the capability of Mumbai Police, which is currently investigating the death of the 34-year-old actor.

“I am not raising question on Mumbai Police’s capability, but I feel investigation by a central agency like the CBI would be more unbiased. Why should the police department consider it as an insult to take help from other agencies? If they are so sure that it is suicide then they should actually call the CBI to prove it to us,” she demanded.

Asked if she has spoken to any of her party leaders regarding her demand for a CBI probe, the BJP MP replied: “I did not take interest in Sushant’s case as an MP, so initially I didn’t want to involve any of my party member or leader into this. I am voicing my opinion on social media as a common person. But I feel so bad that I will probably write a letter to the Home Minister. Also, I request the Chief Minister of Maharashtra to ask for a CBI help into the investigation.”

Sushant Singh Rajput was found hanging in his Mumbai residence on June 14. The actor’s postmortem report described his death as suicide.